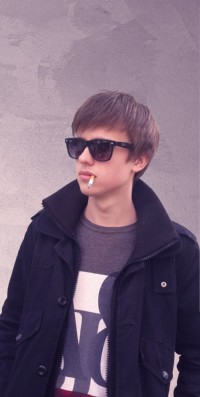 CAUGHT IN THE SHOWER LENA Sexy_sabotage

Why do we all want to lose weight? Well some of us from the beginning just truly want to be healthier this was not me , but most of us really just want to look great and feel great this was me.

Well at least I wanted to be. Okay, so back to my question: Why do we want to lose weight? The answer, for the most part, is to look good.

And by vanity I mean an amazing ass. We even lose a few pounds, maybe even as much as We start feeling better. Maybe we even find ourselves standing a little taller these days, strutting our stuff a little.

Shit is good. We stop doing everything that was making us lose the weight. We start backsliding on the food. When this first starts happening, we get a grace period of a few weeks.

But now we start making shit decisions and start backpedaling. It takes our bodies a few weeks to really start registering the change in the wrong direction.

So for weeks we live in a make-believe world. A world where we can all of a sudden eat what we want and slack off and nothing bad happens because of it.

This make-believe world? This is self-sabotaging at its finest. There are two main reasons. Most of us fall into one of these categories.

It means that you have to take on an entirely different set of responsibilities. In our brains this fear of success manifests itself in many forms and hides its true self from us.

Humans abhor change. We avoid that shit like the plague. With change comes the big bad fear of the unknown. This new way is going to be too hard.

This pertains to any aspect of life, not just losing weight. Sabotage their jobs, marriages, friendships, personal endeavors, the list goes on.

Meaning also comes into play. Looking good was never important enough to me to get me past those first few months of busting my ass.

I would start out with so much motivation and excitement. Yeah buddy, I was gonna be hot and sexy! But then something would happen.

Hell, I knew I was going to still be fat after 12 months. It gave me endless reasons to abort my Mission: Sexy Bitch. You need something meaningful.

Think about this. What if some magical genie came to you and said if you lost all of your weight, your children would live long healthy lives.

You'd probably have a smile on your face the whole time too, for when you finished somebody you loved very much was going to be healthy.

You would have that substantial reason that you needed to succeed. You would be working towards something extremely meaningful.

You'd slay that goal like a boss and you'd be bouncing quarters off your ass in no time. We wanted to look good, right? Now believe me, I was right there with you.

I thought it was a good enough reason too. But you need more than that. Go ahead and keep that as a reason. But add more to it. We seek the path of least resistance and in turn we choose the path that we already know.

But it's true. So what can be more meaningful than wanting to lose weight? How about you become your own damn genie and grant yourself health by working for it?

But seriously? For over ten years, I tried constantly to lose weight and I failed miserably each time. In the end it was easier to just stay fat than to work hard.

Well the joke was on me. What I thought was easier made my life a living hell. I thought staying fat was a lot less work. I was blind to how much harder it actually made my life.

My husband had to tie my shoes. I ran okay, wobbled when I saw people that I knew in stores. I turned down countless party invites that my husband and little girls wanted to go to because I was embarrassed of myself.

I would get out of breath going up a flight of stairs. I lived under a fog of depression and trained myself to deliver fake laughs and smiles whenever I was in public.

Easier than what? Easier than eating right and exercising? Easier than change? I was out of my goddamned mind if I thought this was easier.

This was a miserable and spiritless way to live. I was merely a shell of my former self. The vibrant and lighthearted Gabby I once knew was gone.

If this was what I was getting in exchange for dodging some hard work, no thanks. The harder of the two was losing who I was and settling for a lesser version of me.

I had become a version of me who chose to wallow in self-pity rather than believe in herself for five fucking minutes. Before I became obese, I would've never believed in a million years that I would become so broken.

I had always been such a confident and headstrong person, even as a child. But life happens. Sometimes you catch a couple bad breaks and if you're not careful it can change you for the worse.

It's in these trying times that sometimes your mind will convince you of the craziest shit because you need an excuse. You need a reason to fail.

This brings me to the second reason as to why we self-sabotage our efforts. Of course you do. And do you remember why it was so easy for you to lose all of that weight?

Yes, because you were doing it for someone you love very much. Someone who was worth it. I couldn't get past the fact that I had let myself become so morbidly obese.

I saw my obesity as a weakness. I called myself mean and nasty names and thought horrible things about myself. I felt ugly and disgusting.

I wouldn't even let anyone take a picture of me. One of my biggest regrets in this life is that I don't have more than a few pictures of me with my babies.

My husband, Jay, would practically beg me to get in pictures. He used to say to me all the time, "Honey, the kids don't care about your weight.

You're going to regret not having them. And my God was he right. My heart aches with so much regret it brings me to tears.

In the span of years, I only have a couple pictures of me holding my baby girls. In fact, if someone did take a picture of me, I would grab whatever was near me and try to cover myself.

I actually thought that it was hiding how big I was. If you're familiar with my blog, I'm sure you've seen some of the same 'Before' photos in different articles.

It's because there are very few in existence. I used to treat myself like garbage. I would get to the point where I had absolutely no clothes that fit me.

I was in a perpetual state of gaining weight, only halted periodically by my short-lived diet attempts. I would cry and get panicked anytime we had to go somewhere because I literally had nothing to wear.

Jay would tell me to go buy new clothes. He would be so sweet and say I deserved new clothes, clothes that I felt comfortable in. I adamantly refused.

I felt worthless and stupid. I punished myself for getting so fat. I was going to make myself pay the price for my actions by purposely forcing myself to wear uncomfortable clothes that would dig into my stomach.

I deserved it. Yes, these were the sick and twisted things I would tell myself. I deserved to feel humiliated. I deserved my clothes to cut into my skin.

I deserved my bra underwires to slice my underarms open. I would cry and cry over a problem that I caused and that I had total control over and then I would punish myself emotionally for not taking control of my problem.

It was an endless fucking cycle of despair:. I felt absolutely and utterly worthless and undeserving of anything good in any capacity.

One time I got the flu and it threw me off track. I always found a way to blame it on something or someone, anything and anybody but me.

I spent 10 years not only holding myself back from living a full life, but my husband as well. There were so many beach vacations, swim parties, get-togethers, and countless other gatherings and events that I refused to go to because I was embarrassed.

Every time I had a little success and lost a little bit of weight. Is it really true that nothing works long-term? My boyfriend loves beer; I want to go to breweries with him and drink beers without worrying about calories or carbs.

You can still go to breweries with him. However, there has to be a balance between living for today and living for tomorrow.

One solution is to be selective of what, where, and when you indulge. Try this: Ask yourself, Will I remember this beer in two weeks?

If so, go for it. If not, skip it. What about dating are you scared of? Is it the possibility of rejection? Are you scared all romantic partners will be like your last one?

Are you scared to be vulnerable? This can be hard stuff to think about, but try to be as specific as possible. Any program that demands you give up your favorite foods is ridiculous.

Deprivation is not sustainable. You can enjoy your favorite foods while losing weight. We teach our clients how to be fit and happy, not fit and miserable.

Eighty percent of weight loss is diet. This is why you see people working their butts off in the gym month after month—even with a trainer—looking no different.

The idea of "sexual peaks" has been a controversial, much-debated subject since the s. We reveal the steamy truth about sexual peaks in that they….

We rounded up products that unclog pores….